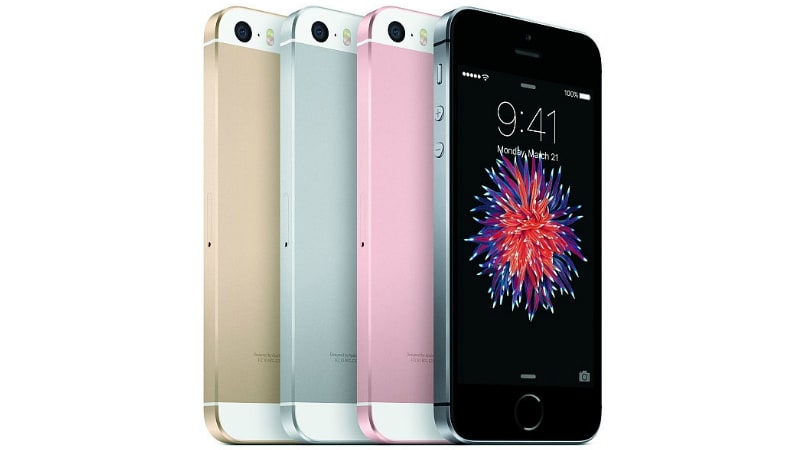 Apple at its earnings call earlier this month revealed that the iPhone SE had a big hand in the double digit growth in iPhone sales in India this last quarter. Now, a fresh report claims Apple is preparing to launch the iPhone SE’s successor in early 2018, corroborating a much earlier report. The new model, said to be called the iPhone SE 2, will reportedly be manufactured by Taiwanese original design manufacturer (ODM) Wistron at its Bengaluru factory that already produces the original iPhone SE.

As per a fresh supply-chain report by Taiwan’s Economic Daily News, Apple will launch the iPhone SE 2 in the first quarter of next year. The reported launch schedule appears to be in line with the original iPhone SE that was debuted in March last year. Further, the new low-end iPhone model is reportedly already in the initial stages of production at Wistron’s facility in Bengaluru. The facility was established for assembling iPhone SE models earlier this year, allowing Apple to enjoy reduced tariffs by adhering to the Make in India and thereby reduce prices on the smartphone.

The local manufacturing process is already helping Apple maintain an affordable price of the iPhone SE in India. This trend would continue with its refresh version. According to the FDI (Foreign Direct Investment) policy, foreign companies producing goods in the country need to source 30 percent of their components locally. Therefore, the iPhone SE 2 is likely to be marketed as a new “Made in India” iPhone by the Cupertino company.

The report adds that the iPhone SE 2 will be targeted at markets like Indonesia and the rest of Southeast Asia, apart from India. It is also said to cost roughly $450 (roughly Rs. 29,200) – which if true would be significantly cheaper than the original iPhone SE’s launch price.

If we believe some recent reports, the second-generation iPhone SE will have Apple’s A10 Fusion chip that was debuted on the iPhone 7 and iPhone 7 Plus last year, coupled with 2GB of RAM as well as 32GB and 128GB storage options. The iPhone SE 2 is also rumoured to have a 12-megapixel rear camera sensor, a 5-megapixel front camera, and a 1700mAh battery. Moreover, the display of the new iPhone SE model is likely to be identical to its predecessor that has a 4-inch panel.

Apple can be expected to announce the iPhone SE model in March, if going by last year’s launch. Meanwhile, we can expect a series of rumours and leaks pointing towards the new hardware.

Storify shuts down and deletes all posts

Apple Has Just Applied For A Patent On Foldable Displays

Congress could bring net neutrality back, but it won’t be easy