by rajtechnews November 17, 2017 at 7:14 am 0 comments
Facebook made an app just for video creators 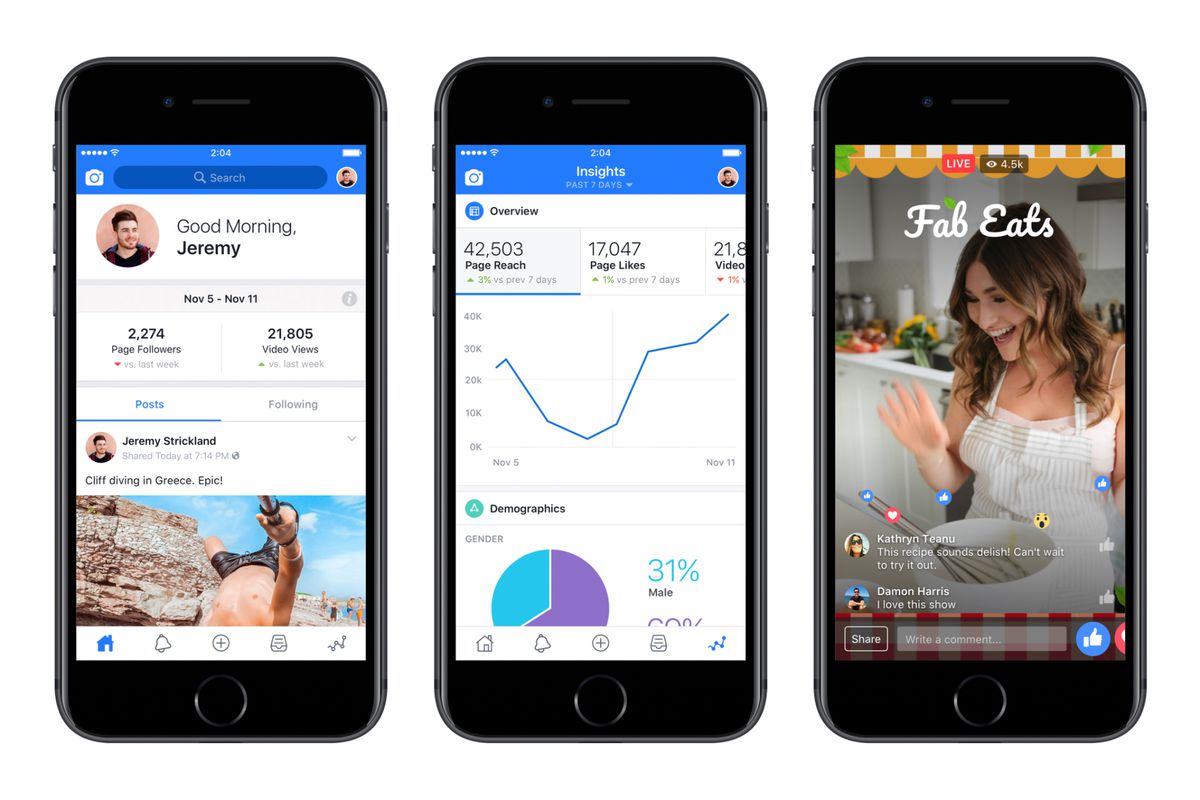 In its latest attempt to woo video creators away from YouTube, Facebook has released an app just for them. It’s called Facebook Creator, and it includes a bunch of tools for streaming video, updating Stories, and message people across several of Facebook’s platforms.

Facebook has long had an app for people who manage Facebook Pages, and it’s also had an app for celebrities that did this kind of community building, too. In fact, Facebook Creator is really just an updated and rebranded version of that app — originally called Facebook Mentions (and still called that, since it seems to be stuck that way on the App Store for now) — but now it’s open to everyone.

There are two main draws to the Creator app. First, it includes some special features for Facebook Live. Anyone using it will be able to create custom intros and outros — intros are especially handy, as it takes a moment before other people see the link and start watching — as well as the ability to add interactive stickers and a custom video frame. The app is also able to take and edit photos and post them to Facebook Stories and other platforms (it’s not clear if that includes Instagram, but it really should).

The second big draw is communication. The app creates a unified inbox for comments on Facebook and Instagram and messages from Messenger, so that you don’t have to bounce between different apps in order to respond to people. The app doesn’t seem to cover every possible messaging vector inside of Facebook’s services, but it sounds like a handy start.

Finally, there are analytics too, so that creators can obsessively refresh the page wondering whether they’ve successfully gamed Facebook’s latest algorithm change. The app is available on iOS immediately and is supposed to come to Android in “the coming months.”

The app sounds handy for people who are already doing these things. But the bigger story might just be that Facebook is trying to show it cares about the community of independent vloggers. The same people who this app is designed to appeal to are currently struggling with odd changes and errors over at YouTube. Facebook has wanted to poach them for years now. One app isn’t going to suddenly change things, but a continued commitment could help win people over.

Signal vanished from phone? Maybe someone is trying to hack your bank account, here is what you should do